My wife is a vampire. And I’ve known for some time. Because I know when she is lying. I might be a frat boy turned investment banker, but I’m not stupid. 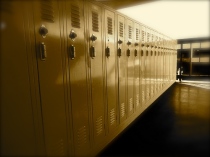 She was lying the first time we met, that day by the lockers, when she was harassing my sister. Her nose crinkled up and her eyes searched for a believable story. She was beautiful. A beautiful liar.

I’m not mad. I’m not. I’m frustrated. Why do our lives have to be a charade, an act hidden behind a perfectly constructed façade? I’m tired of it. But she never seems to grow weary, at least that I can tell. She goes on, day to day, like everything is a damn 80’s sitcom.

Then there’s her “friend” that keeps coming by. I’m assuming he’s a vampire too. Maybe he’s the one who turned her or maybe he’s just some guy she met at a vampire potluck. Either way I’m not happy about it. But what can I do? I couldn’t control her when she was human. And now I feel even more powerless. Trapped in my own world of lies and now hers.

But I love her. I always will. As long as she lets me. As long as time and circumstance allow me.

I guess it could be worse. At least she’s not leaving dead bodies everywhere. I already pay Lucille far more than she’s worth to scrub a toilet and mop some floors. I can’t imagine the fee for dead body removal. 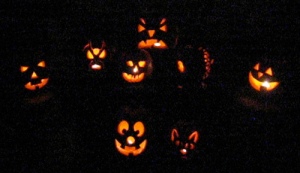 I do have a plan though–for Halloween night. Secrets are going to be shared. I’m dead set on it.